Myths of the Mies Pavilion 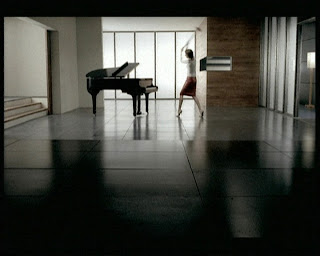 Summary of paper given at Docomomo International Conference, Paris 2002

The Barcelona World Expo of 1929 was proposed by the Dictator General Primo de Rivera, who personally endorsed Noucentiste architecture and design, which comprised simplified classical forms and decoration. At the opposite end of the political spectrum, left-wing Spanish architects supported the Modern Movement programme of construction and of social values.

Into this battleground the German Pavilion by Mies Van Der Rohe appeared. The effect was astonishing. Left-wing architects responded to the presence of the Pavilion by staging an exhibition of their work at the avant-garde Dalmau Gallery. The public response to the exhibition was extreme, and provoked demonstrations and rioting. How many buildings have provoked a riot?

In Milan Kundera’s book ‘Immortality’, he describes the process of ‘a gradual, general planetary transformation of ideology into imagology’. Ideology serves political ideals and social values. Imagology dilutes this into ‘a series of suggestive images and slogans’, which ultimately serve commercial ideals.

Mies himself was a perpetrator of imagology. Oscar Tusquets in his thoughtful and provocative book, ‘Mas que discutible’ (More than debatable) discusses Mies in his essay ‘Bello o fotogenico?’ (beautiful or photogenic?). The first photographs, those that are imprinted into history, were staged by Mies without the encumbrance of doors, to improve the sense of spatial flow. ‘… and this contrived image is that which passed into history, so successfully that the architects responsible for the Pavilion’s reconstruction had to go through anonymous press photos … before they could work out how it really was …’.

The Mies Pavilion was a symbol of political ideology so strong that its presence provoked riots. But from Mies’ staged photographs, to its use as a location in advertisements, to its status as a temple to Modernist architecture revered by students, the Pavilion has been reduced to a ‘type’ and the meaning it embodies is an imagologue’s dream.

This paper focuses on ideals and images in relation to the Barcelona Mies Pavilion.